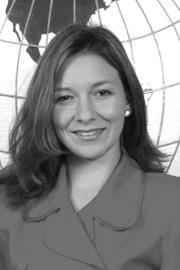 She has been involved in security and defense in both the public sector and non-governmental organizations since 2003. She was assistant to the Executive Secretariat of the VI Conference of Ministers of Defense of the Americas (CMDA) held in Ecuador, and coordinator of the Action Plan of the South American Defense Council of UNASUR. She also served as advisor on International Affairs to the Minister of Defense of Ecuador from 2009 to 2011.

Dolores has been an active member of RESDAL since 2006 as an intern, researcher, and collaborator of the Executive Secretariat. She currently assists in the coordination of The Global Partnership for Security and Peace (GPSP) initiative and the inter-institutional agreements between RESDAL in cross-regional institutions. 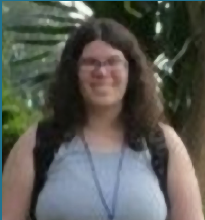 Elisa Rial has a Master’s degree in Media Studies from the New School University of New York, and is currently taking master’s courses on logistics in Uruguay. In 2012 she was part of the RESDAL team that conducted interviews to civilian, military and police personnel at the UN mission in the Democratic Republic of Congo.

As a consultant, she worked on the implementation of the DCAF MOWIP methodology in Uruguay (2019) and in Mexico with UN Women (2021), a methodology that conducts surveys to military and police personnel on the matter of women and peace operations. Currently, she works as a project coordinator for RESDAL. 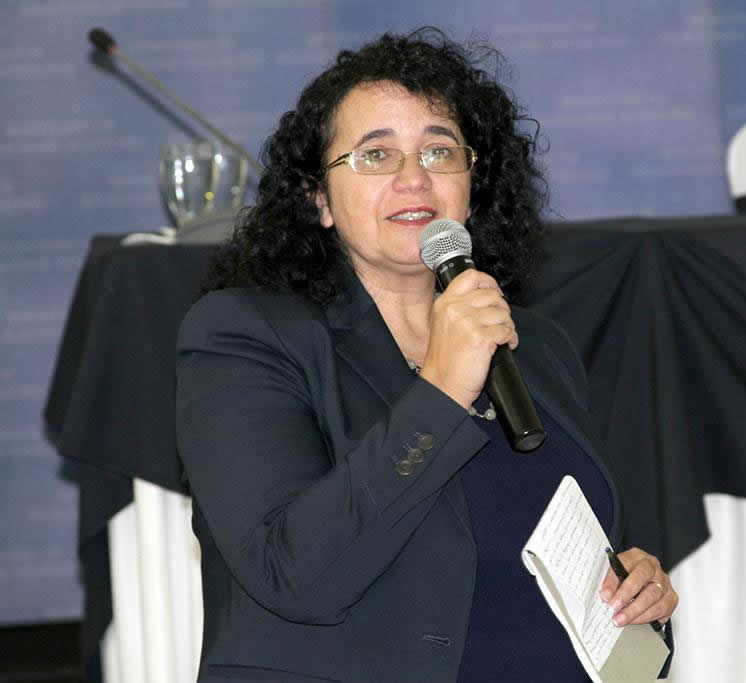 Marcela Donadio is the Executive Secretary of RESDAL. She holds a PhD in Political Science, a Master of Social Sciences and a Bachelor of Political Science. She has taught international relations and national defense and has participated in courses and seminars on the subject in various regions of the world. She has been a fellow of the National Council for Scientific and Technical Research (CONICET) of Argentina, and has been the adviser and director of human rights in the Ministry of Defense of that country. She has received scholarships from the OAS, the Friedrich Naumann Foundation, the University of York (Summer Institute), and the International Council for Canadian Studies.

She is the director of the Comparative Atlas of Defense in Latin America and the Caribbean that was first published in 2005, and has carried out the RESDAL Gender and Peace Operations Program, which also conducted fieldwork in MINUSTAH, MONUSCO, and UNIFIL. She was the co-editor of "Women in Armed and Police Institutions. Resolution 1325 and Peacekeeping Operations in Latin America" and "The Shadow of Violence: Women and Peacekeepers in Haiti and the Congo". She was a representative of RESDAL during the consultations of the Department of Peace Operations for the development of the Guidelines for Gender Integration in Military Forces in Peace Missions, and for the development of training modules based on these guides.

Marcela has served as a consultant on security sector issues for private, public, and multilateral organizations in Africa, Asia and Latin America. She is a member of the Technical Committee of the Elsie Fund administered by UN Women, and of the UN Security Sector Reform Advisory Committee. 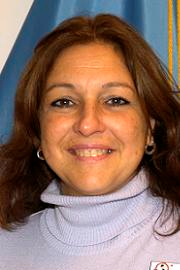 Andrea holds a degree in Social Sciences and Humanities. In December 2015, she was appointed National Director of Institutional Relations of the Secretariat for Civil Protection and Comprehensive Emergency and Disaster Management of the Argentine Ministry of Security. She has served as Academic Secretary at the National Defense School of Argentina, and served as an Advisor to the Secretariat of International Defense Affairs in the Ministry of Defense.

She is a founding member of RESDAL, where she also led research on defense and crisis management. Currently, she works in the Undersecretary of Disaster Risk Prevention and Reduction (Ministry of National Security), and participates in the area of Integral Disaster Risk Management in the NGO ILAPYC (Latin American Institute for Peace and Citizenship). 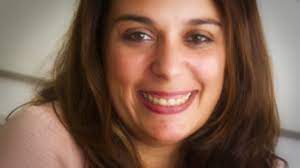 Renata Avelar GIannini is a senior researcher at the Igarapé Institute in Brazil. She has been a consultant to different organizations including Gender Associations, World Bank, United Nations Development Program and the Latin America Defense and Security Network (RESDAL) on issues ranging from border security, conflict related sexual violence and the gendered impact of infrastructure projects, among others.

She is highly experienced in designing and facilitating capacity building and training to defense, police and international organizations including the Brazilian Peacekeeping Training Center, the Navy Brazilian Center of Peacekeeping, the Economic Commission for Latin America and the Caribbean (ECLAC), the United Nations (UN) and the Organization for Security and Cooperation in Europe (OSCE). In Brazil, she was a member of the working group tasked with the responsibility of drafting Brazil's National Action Plan (NAP) and consults with the government on the implementation of UN Security Council Res.1325. Her key areas of interest include civic space and democracy backsliding; climate security, citizen security, violence against women and girls and the women, peace and security agenda. 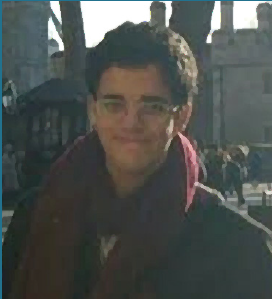 Rodrigo studies at the graduate program in sociology at the University of Buenos Aires, Argentina. In 2022 he was part of an exchange program with the University of Oslo, where he attended courses on international politics, society, development, and climate change. He has been project assistant in RESDAL from 2017 to 2021, where he assisted with the conformation of the GPSP.

As a consultant, he worked as enumerator and team supervisor during the implementation of in-person surveys on gender perspective in peace operations that were applied to military and police personnel in Uruguay (with DCAF, 2019) and in Mexico (with UN Women, 2021). 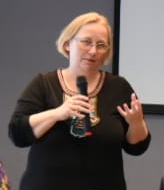 Sonja Stojanović Gajić is an experienced researcher and practitioner of security governance and conflict transformation. She is a rostered expert for DCAF’s International Security Sector Advisory Team and a member of the United Nations Security Sector Reform Advisory Network.She has two decades of experience supporting security sector reforms (SSR) and peace-building as a leader of civil society and consultant to a number of international organisations in Wider Europe, Central Asia and the Middle East. She specializes in participatory research, capacity-building, strategic planning, evaluation and facilitation of multi-stakeholder dialogues among security and justice professionals, civil society and politicians.

She had developed innovative engagement tools such as the methodology for measuring security sector reform (SSR) from the perspective of civil society, which has been applied in all Western Balkan countries. From the end of 2006 to October 2019, she was Director of Belgrade Centre for Security Policy (BCSP) and helped it transform from an advocacy NGO into a think tank specialized in public oversight of the security sector. For her accomplishments in the civilian oversight of the security sector and inclusion of youth in security research, she received the award for The Person of the Year 2019 by the OSCE Mission to Serbia.

Sonja Stojanoic Gajic has a PhD in International Relations from the University of Belgrade and graduated with distinction for her Master’s program in Politics, Security and Integration at University College London (UCL). She is currently an independent consultant, based in Belgrade, Serbia facilitating knowledge exchange on the democratisation of security globally and an active contributor to a number of Track II initiatives working on trust-building in Europe.